What is Carna Conservation Initiative?

Carna Conservation Initiative is a social enterprise which aims to improve both the ecological and economic sustainability of the Isle of Carna and its surrounding communities.

Formed as a co-operative project between the owners of the island, conservationists, local businesses and members of the local community the primary objectives of the Initiative are:

Historic climatic changes and the effects of the industrial revolution lead to much gradual deforestation of the local area including Carna. The subsequent overgrazing by intensive sheep farming peaking in the post war period, greatly reduced the biodiversity of habitats on the island. Over the last 15-20 years, with agricultural decline in the area, it has been given a chance to start recovering; with young native trees regenerating, an increase in the diversity of grasses and other flora, as well as an increase in the birds, bees, butterflies and many other species of wildlife that rely on them.

Unfortunately this decline also meant the loss of active management of the land which has now led to the opposite problem in some areas such as under grazing, the loss of wildflower meadow and invasion by damaging species such as bracken and rhododendron.

With a new generation beginning to take over the running of the island, Carna Conservation Initiative was formed with local partners to carefully restore and manage the habitats that exist on the island and the species they support in order to make sure they are valued and protected for the long term, as well as creating some new habitats such as wildlife ponds and new oak and hazel plantations.

Key to achieving this is the successful promotion of the island as a destination for eco-tourism, learning and research. Without economic sustainability the island will continue to decline and funds will not be available to carry out our planned ecological restorations and improvements. We also look forward to seeing this contribute to the economic sustainability of the wider area and communities which can be very fragile in the face of wider economic changes.

Find out how you can support the work of the initiative here!

Day to day, the management of Carna Conservation Initiative is the work of: 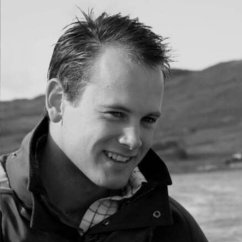 Harry is one of the owners of the island and has worked in food, farming, land management and hospitality. With a passion for sustainable food, farming and conservation. Harry is involved in the development of the Initiatives projects, including the conservation grazing and woodland regeneration, and is part of the organisational, marketing and hospitality side of the project. He holds a degree in Agri-Business Management and a Diploma in Food & Wine with a strong passion for local and seasonal food and cooking. 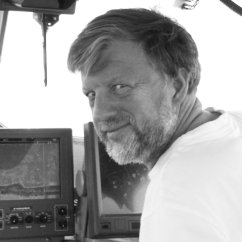 Andy has lived and worked in the area for the last 35 years working in wildlife tourism, seafoods, engineering and Charter boat Skipper, with the last 17 years managing Carna. From a deep interest in wildlife as a child Andy has worked to promote ethical wildlife watching and monitoring, progressing into actively developing conservation and regenerative projects in the area and on Carna. He is also a fully WiSe accredited operator with exceptional local knowledge. Andy manages the operational and logistics side of the initiative as well as focusing on the marine environment. Andy is a founder member of the community marine protection organisation CAOLAS . Also Station Officer for Salen M.C.A. Search and Rescue and a founder member of Ardnamurchan Tourist Organisation.

Who we work with 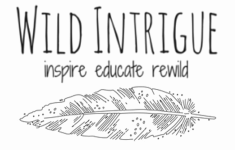 A CIC is a business structure designed for social enterprises that wish to use their assets for the public good. CIC’s follow a non-profit model where all profits must further the company’s community objectives and all assets are locked for community benefit in the event of winding up.